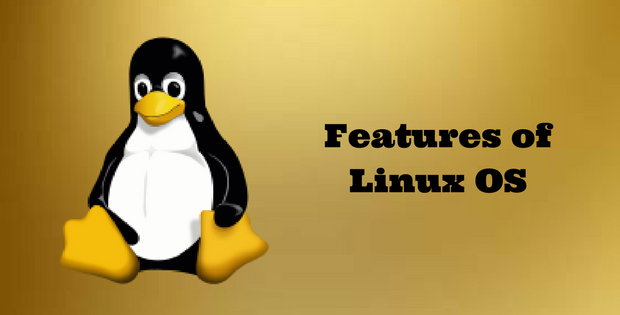 Linux operating system has very good features which make the user switch to it. Though the user finds difficulty in working on Linux at the earlier stages, it will become more comfortable once you get used to it. Some of the features of Linux is been listed out below,

Linux is easily available on the internet and the source code could be downloaded anywhere on the internet, you don’t have to get any of the paid version or there is no any sample download which will ask you to pay for the trial version.

Even though it is easily available on the internet, it is highly secured one. It provides authentication security to the user by having password protection. Linux also has control access to specific files and encryption to the data.

Linux lets a multi user use it which means multiple users can access the resources like ram, memory, and applications at the same time.

Linux can work on any of the hardware in the same and simple way. The software is portable to any of the device and all it needs to have is a proper installation of Linux kernel and other application to make it work properly.

Linux maintains a standard hierarchy structure, it has system files and user files which are arranged in a structured form.

It provides an interpreter program which is used to execute command operation of the operating system. It is also used to do various types of operations like call operation and so on.

Linux works on multiple things, as it allows multiple users to work on it, it is also designed for multiprogramming and lets multiple application to run on it at the same time.

Many users have an idea that Linux is a command line OS, but Linux actually have packages and it can be installed to make OS graphics as windows.

Linux has software repository which allows users to download and install just by a command in shell or Linux Terminal. It can also run windows application if in case the user wants to.

Above all, Linux is user-friendly software, it is fast, free and easy to use for the user. As Linux is available worldwide, it has multiple language support systems which make the user pick Linux and have it as a priority.

Hope this article on Linux OS would be useful to you, to know more information and new technologies related to Linux keep following Linux Hacks.